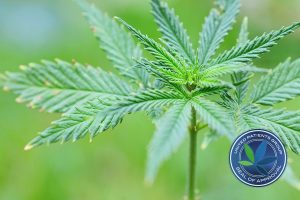 As much as we might be tempted to speak in terms of competing substances when it comes to the healing properties of marijuana, the truth is that what makes cannabis so remarkable on so many fronts is the synergy that appears to occur between all the substances within it.

Since visionary cannabinoid researcher Raphael Mechoulam began writing about the “Entourage Effect” of cannabis in the mid-nineties, science has been learning more and more about how each molecular component of the cannabis plant works together for healing on a multitude of levels. This is true for the state one finds these substances as well.  THC-A and CBD-A are both found in the natural, raw, live cannabis plant. And recent research is discovering that both have powerful properties of their own when it comes to treating disease, especially cancer.

What are THC-A and CBD-A? 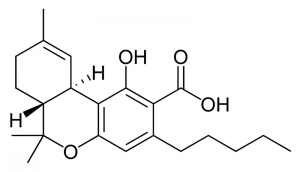 Cannabidolic Acid (CBD-A) and Tetrahydrocannabonolic Acid (THC-A) are similar in a lot of ways. Both are acid-based substances found in the raw, living cannabis plant. Both are completely non-psychoactive. And both convert to their counterparts—CBD and THC respectfully– when heated above a certain temperature (roughly between 200 to 290 F for THC-A and between 240 F to 290 F for CBD-A).

The process through which these “A” substances are able to turn into their better-known counterparts is called decarboxylation. This is because both THC-A and CBD-A lose carbon atoms to form THC and CBD when heated.  The most common way that decarboxylation occurs is through smoking or vaping, although cooking and baking cannabis, such as for making edibles, will stimulate decarboxylation as well.

THC-A and CBD-A are similar in one more important way: both of these cannabinoids can help with healing some of the most serious disease conditions.

The Cancer-Healing Power of CBD-A 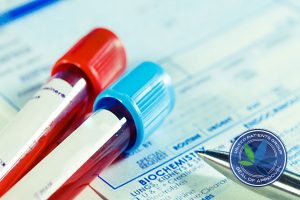 CBD-A has been in the news a lot lately, mostly for the new-found ways it has shown to inhibit cancer. The link between cancer and CBD-A was catalyzed by a 2012 study that took a look at CBD-A’s effect on breast cancer cells. This and subsequent studies discovered that CBD-A in raw cannabis can suppress the COX-2 enzyme, a major instigator of breast cancer metastasis, as well as other forms of cancer.

The latest study, published in January 2017 in the Journal of Natural Medicine by researchers at Hiroshima International University, adds further light to the subject. The researchers discovered a possible way that CBD-A inhibits the COX-2 enzyme in highly-aggressive breast cancer tumors. Their study focused on CBD-A’s inhibition of proto oncogene c-Fos, a common precursor to proteins involved in cancer metastasis.

CBD-A along with THC-A have also been known for some time for its anti-inflammatory effects; in fact, this is a large part of what makes it a potential cancer-killer. A 2011 Swedish study evaluated six different cannabinoids—CBD-A and THC-A as well as THC, CBD, CBDA, CBG and CBGA– for their effects on inflammatory processes, including COX-2. They found that all six of these substances together had a profound effect on inflammatory processes in laboratory colon cancer cell lines. According to the researchers:

“The Endocannabinoids are structurally similar to arachidonic acid and have been suggested to interfere with the inflammatory process. They have also been shown to inhibit cancer cell proliferation.”

Arachidonic acid is an Omega-6 fatty acid which is a necessary element in the body for brain health and overall functioning of almost every system in the body. It is an anti-oxidant and mediator of harmful inflammatory reactions such as the ones that occur with major illnesses like cancer. The study’s discovery of endocannabinoid structures which are similar to those of other healing substances in the body is exciting. It is further proof of cannabis’ ability to balance the endocannabinoid system for overall disease healing.

THC-A: A Potent and Still-Mysterious Healer

While there is still much research that needs to be done on CBD-A, there is even more that remains a mystery about THC-A, the non-psychoactive, raw (before decarboxylation) form 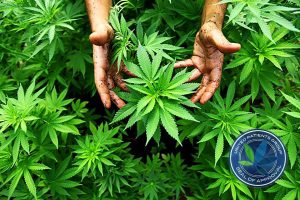 of THC. The Swedish study mentioned above as well as a few other studies, however, have proven that THC-A is a powerful anti-inflammatory as well.  As such, it is also thought to have anti-proliferative effects against cancer growth and metastasis. It is also a known neuro-protectant, an anti-spasmodic and a powerful endocannabinoid for pain.

THC-A has also been shown to be an immune-system regulator. According to the latest science, THC-A effects the endocannabinoid system as a whole, not just CB1 receptors. THC-A can affect the release of inflammatory enzymes COX-1 and COX-2 as well as TNF-Alpha. It also aids in the production of interleukin-10. This powerful anti-inflammatory cytokine, also known as Human Cytokine Synthesis Inhibitory Factor (CSIF), is produced by T Cells in the immune system.

While CBD has been known for its effects on epilepsy and seizures for some time, and in recent years ∆9-THC has been found to be helpful, new research is pointing to THC-A’s benefits on this front as well. Among the most current investigations was a study conducted by the University of Alabama and published in the January 10, 2017 edition of the medical journal Epilepsy and Behavior.

More Research Needed on Both CBD-A and THC-A

The research that does exist on the health benefits of both CBD-A and THC-A, especially when it comes to cancer, provides great news for those who want to heal with cannabis but whose systems may not respond positively to the psycho-active effects of THC. Hopefully, with more and more states opening their doors to medical marijuana (the whole plant, not just CBD) and with research funding in states like Colorado beginning to trickle in, more focus will happen regarding substances that exist in the natural, raw cannabis plant, like CBD-A and THC-A, as well.