Both Vaper’s Lung (EVALI) and COVID 19 (more precisely known as SARS-CoV-2) impact the lungs of patients.  So, are they just the same thing by different names?  Let us compare the symptoms and review the timelines of each. 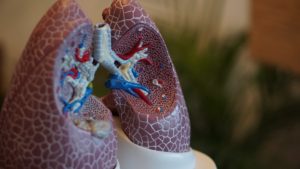 Typical symptoms include coughing, shortness of breath, diarrhea, vomiting and fatigue. However, it is difficult to diagnose.  Recent use of vaping products, abnormalities on lung scans and lack of infection are the primary issues. There typically is physical damage to the air sacs in the lungs and the exact cause is still under investigation. The best method of detection is a Bronchoscopy which looks directly at lung tissue. This identifies the lung damage, but so far has not helped identify a mechanism of action. It most typically impact people in the 20-50 age range.

First, the culprit was thought to be that many vaping products utilized Vitamin E Acetate as a carrier oil particularly if containing CBD or THC products.  The assumption is that this natural oil requires a higher than body temperature heat to vaporize and thus once in the lungs is unable to clear.  This eventually causes damage to the lungs and results in serious issues for the patient potentially leading to death.

The second theory related to heavy metal poisoning.  In this theory, non-pure metals were used in cheap vaping products, particularly solder points. An alternative is that heating coils become corroded over time.  Either of these could result in heavy metal poisoning of users. Manganese and Zinc have been identified as the most likely culprits.

Another theory gaining in popularity is that more than 60% of sweet vaping products contain the flavoring product called diacetyl. Diacetyl is that butter flavoring that many popcorns now have.  It is perfectly safe when eaten.  However, in the popcorn factories where it becomes airborne OSHA has shown it causes something called “popcorn lung”.  Three to four puffs a day far exceeds the limits set by OSHA as a safe limit for the popcorn factory workers.

The CDC and FDA believe that Vitamin E Acetate is the correct theory.  They are claiming victory as the new cases of this disease have drawn nearly to a close after they informed the public about the likely causes and manufacturer’s began to change their products to remove this item.  Manufacturer’s also began to look at other carrier oils to consider their boiling points in comparison to body temperature to eliminate future problems. 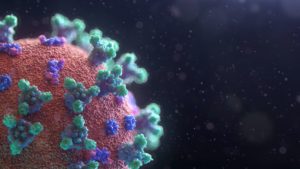 The CDC says that the most typical symptoms are dry cough, shortness of breath and difficulty breathing, fever, chills, muscle pain, sore throat, and new loss of taste or smell.  Less common symptoms include gastrointestinal issues such as nausea, vomiting and diarrhea. Emergency symptoms include trouble breathing with pain in the chest, new confusion along with significant trouble sleeping and possibly bluish or whitish lips.

These symptoms most typically occur 2 to 14 days after exposure to the virus. This can effect people of all ages, but it has a much higher mortality rate among those over 65. It also has a higher impact on those with prior lung and heart issues or those who have other systemic conditions such as diabetes. Typical recovery for mild cases is 1-2 weeks, while severe cases are taking 3-6 weeks.  Many who have had severe cases are faced with long-term lung problems and other severe issues requiring long-term care.

Worldwide statistics show that there have now been over 5.38 million cases reported. This comes along with over 344,000 deaths.  In the US, we have experienced 1.68 million cases reported and almost 100,000 deaths (more than the number of US soldiers lost in Vietnam and Korean wars combined). The latest “hotbed” of the virus appears to be Brazil where social distancing rules and an extreme spike in infection rates are occurring.

This disease is caused by a virus.  It is an RNA virus with a protein coating.  It is known as a Corona Virus because the spikes in the protein that bind to cells look like small crowns (Coronas).  The common cold is caused by a corona virus, and some may remember the cousin of this disease that came to be known as SARS (another corona virus). In Europe it goes by “the corona virus”, in the US it started as COVID 19 but is morphing into the more accurate SARS-CoV -2. COVID 19 stands for Corona Virus identified in 2019.  SARS-CoV-2 means that this is the second coronavirus identified that causes the severe acute respiratory syndrome.

Regardless of the name, this disease starts by infecting the person with the virus.  The virus binds to cells and the RNA is “injected” into the cell.  It takes over the protein and RNA machinery of the cell and eventually the cell ruptures with multiple copies of the virus being released to infect other cells in the body.  Some of these make their way into the lungs and nasal/throat/mouth areas.  Those near the nose and mouth are expelled into the air to infect others.  Those in the lungs can then cause severe lung damage and even death.

There is some contention as to when this virus began.  Most have agreed it began in China in the Wuhan province. President Trump has reported to WHO that it began in early December (and possibly earlier than that).  By the end of December WHO office in Beijing was aware of a potentially serious new viral disease that had impacted 180 cases at that point.

In January and early February China fought the primary battle against this disease.  By March it had officially become a pandemic and spread to Europe, particularly Italy where it was particularly fatal.  By April, the US was beginning to be heavily involved.  Now it is moving on to other parts of the world. 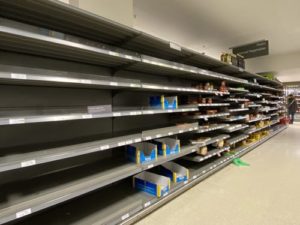 COVID Compared to Other Pandemics

While Vaper’s Lung seems to have tapered down, COVID is going strong.  It reached Pandemic status in March 2020.  How does it compare to other Pandemics in the last century?  The top five since 1900 include:

Vaper’s Lung and COVID – could they be related?

An interesting discussion has arisen that considers the similarity of these two diseases and their symptoms.  Both impact the lungs, and both can be particularly devastating.  The official explanation is that on rare occasion, a virus can jump from an animal to a human.  Often, the ones that are deadly have this in common because humans as a species have not built up immunity to animal viruses. However, both China and the US have blamed each other for developing this virus as germ warfare.

Is that possible? What if Vaper’s lung is simply the earliest signs of what we now call COVID 19?  It would be possible because in early 2019 we had yet to identify the viral causes of COVID.  This would explain why we had so much trouble with early Vaper’s Lung patients – we had (and still have none if it is not COVID) no clinical identifiers.  The symptoms are nearly identical.  It makes sense from this perspective that Vaper’s Lung has decreased (because we are now calling it COVID). It also helps explain how it took over the world comparatively fast – because it started sooner and was more widespread than above “facts” state. 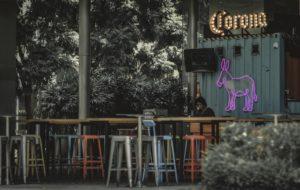 Both of these diseases have a devastating impact on the lungs.  Vapers should probably avoid products containing Vitamin E Acetate and/or Diacetyl.  It is also prudent to check the heating coils for corrosion (as possible).  Likewise, social distancing and face masks are our best chance to prevent further problems of COVID. Is it not interesting that COVID is known as Corona Virus in most of the world except the US? Business does influence us all in many ways!

Does Amazon Drug Test for Weed? Get Our Advice

With Amazon making advancements to their drug policy, many are wondering does Amazon drug test for weed still?In this blog post, we’ll explore what you need to know about Amazon’s drug testing policy and how to best protect yourself if you use cannabis.We’ll...

Adaptogenic mushrooms: Not quite magic, but they’ll give your morning coffee a lift

I come from a family of coffee purists. High-quality, single-origin Arabica beans brewed hot with a bit of cow’s milk—or bust. In fact, my dad pinpoints the exact moment he fell for my mom to finding two dozen bags of Peet’s dark roast coffee sardined in her...

Are psychedelics going mainstream? 28% of Americans have tried at least one psychedelic drug, new poll reveals

This article was written by Nina Zdinjak and originally published on Benzinga. As people are becoming more open to experimenting with alternative treatments for various health issues, or simply for wellness purposes, both cannabis and psychedelics are coming...

Can memory loss be good? How cannabis can help with PTSD

For Scott Thompson, a San Diego artist and filmmaker, the simple act of opening a car door used to trigger an avalanche of overwhelming emotions. Thompson was involved in a car accident that caused a severe concussion and traumatic brain injury. Driving a car...

Discreetly Dank: ‘Selling weed got me through grad school’

Volume 4 Discreetly Dank is a recurring column dedicated to giving a voice to those who dare to be dank. Each volume will come from a different writer in need of a safe space to document what it’s really like to be a weed lover in a world that still hasn’t...

There were some pretty big promises made to consumers about legalization 2.0 in Canada and the ushering in of new concentrates, vapes, and namely, infused beverages. As a cannabis reporter, I took an early interest in the phenomenon of cannabis beverages —or,...