No one thinks twice when a wine sommelier shows up to give their opinion on which wine pairs best with your dinner. But what if a marijuana sommelier showed up as well? Well, it turns out using the same idea for marijuana may be just around the corner.

What is a Sommelier?

You may be asking yourself, what exactly is a sommelier?

Well, the term sommelier is often associated with wine. For example, according to Dictionary.com, sommelier stands for “a waiter, as in a club or restaurant, who is in charge of wines”.  Usually sommeliers work in restaurants to help decide which wines work the best to pair with items on the menu. 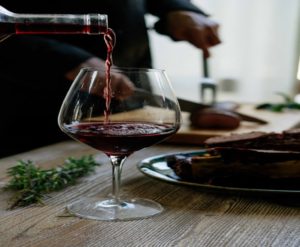 They decide which flavors work well together and enhance certain notes in the food which elevates the entire meal. Sommeliers are considered experts of wine and have even expanded their roles to outside the restaurant – to clubs, stores, and even wine and food festivals. They also help you notice hints of flavors in wines that you might not have noticed before.

So, why can’t there be the same role – but replace wine with marijuana?

The Rise of the Marijuana Sommelier

The idea behind this is simple. With the rising demand for marijuana and with recreational marijuana laws being passed in more and more states, the need for marijuana experts, or marijuana sommeliers, is evident.

These people could help you choose different marijuana strains based on the effects you desire. For example, cannabis sativa is often described as being uplifting and giving energy whereas cannabis indica is described as being more sedating. However, it is important to note that these effects have not been confirmed through clinical trials or have any scientific evidence to support them. It is only based on what people say from their own experiences.

This role could also be used to help find cannabis strains that complement certain foods. The Boston Globe described John Madden, an entrepreneur in Boston who describes himself as a marijuana sommelier. He hosted a three-hour dinner party where he told guests to smoke different kinds of marijuana at distinct points of the meal to help enhance certain notes of the meal. This meal cost $165 per meal with the marijuana included. They were also instructed to smell the raw marijuana before eating the food. 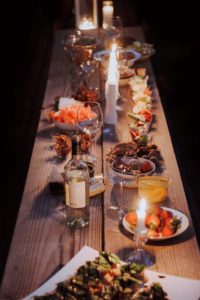 However, it is not only used for the taste but also for the effects. Marijuana is commonly associated with the munchies – which is a welcome feeling when you are waiting to eat at a dinner party. However, Madden also used the effects to help elevate the meal. He utilized the various cannabis strains to help people feel a bell curve of being high – starting with feeling relaxed, then moving onto getting a higher energy buzz, and finally ending with being back in a tranquil state.

According to Madden, the general statements about cannabis sativa and cannabis indica being energizing or relaxing might be too broad to use a universal guidance for all. He said that you can determine the type of effect simply by smelling the strain. Madden claims that if you have tingling higher up in your nose and face it means the strain will give you energy and be uplifting. And on the other hand, if you feel tingling lower in your nostrils you will get the more relaxed and sedated feeling. He believes in educating his guests, which is part of the role of this newfound marijuana sommelier role.

He came up with the idea for his business, Budda Som, because there were no businesses that were specifically tailored for tourists looking to indulge in some marijuana in the Boston area. If you go to areas where marijuana has been legal longer – such as Colorado, there are more “touristy” things that deal with marijuana. For example, they have different marijuana tours that people can go on to try different types of marijuana or visit different farms that grow them.

As the curiosity of cannabis grows, it makes sense that more of these marijuana entrepreneurs will be needed. Their specialty knowledge of flavors and effects are valuable, but what is also important is their knowledge of terpenes.

In order to become an expert in all things cannabis you have to understand terpenes. Terpenes are chemicals in plants, similar to cannabinoids, that are responsible for the flavors and smells of plants (and even certain insects and animals).

So, are they safe? Most terpenes are actually listed on the FDA GRAS (Generally Recognized as Safe) list as food flavorings. This is a list from the FDA that contains items that are considered safe and can be consumed orally in high amounts. 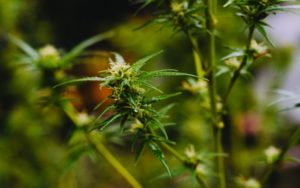 In addition to taste and smell, terpenes are thought to have possible health effects as well. An example of this is limonene (known for citrusy scents) which is proposed to help with relieving stress and elevating mood. There are many other terpenes with suggested health benefits as well. However, this is an area that still needs more research to support these claims.

How to Become a Marijuana Sommelier

The role of a marijuana sommelier is still evolving, but with persistence and an insatiable curiosity any cannabis lover could excel. As long as you keep educating yourself on the variety of cannabis strains, their effects, and their unique terpenes and flavors you will be on top of the game allowing yourself to be in demand.

According to Max Montrose, president and co-founder of the Trichome Institute, this program is about interpreting terpenes. It will allow students to understand the variety of terpenes and their respective qualities and be able to determine their quality.

Looking to the Future

The way things are going – this world may not be too far off.

Cash rules everything about mainstream America’s sudden acceptance of weed—from boardrooms, to courtrooms, to living rooms, Berner is at the intersection of it all. Cannabis is the country’s fifth most valuable crop, and employs almost half a million people....

Addiction is a terrible disease that affects millions of people around the globe. If you’re struggling with substance abuse, you already know how devastating it can be. But you should know that there’s hope. There are effective treatments and therapies out...

Consider the brownie. There are ample reasons it has been popular for decades as an iconic cannasseur food: it’s decadent, delicious, and disguises the grassy taste of weed better than most. But like many edibles, it may not fit into everyone’s digestive sweet...

How To Choose the Right Cannabis Edibles for You

Cannabis products have become more accessible since the 2018 Farm Bill was passed. Since then, companies have produced many blends and formats of cannabis products. The variety can make it challenging for newcomers to determine what product is best for them....

Does Weed Have Calories? The Guilt-Free Answer

Whether you’re a smoker or not, you’ve probably heard discussions over weed and calories. But, does weed have calories?Many think weed is calorie free.Is that really true?And more importantly, does it matter?In this post, we’ll take a closer look at the calorie...

Smoking vs. vaping weed: Are they really all that different?

Electronic vaporization of cannabis was supposed to be the safer alternative to smoking. After all, users still get all the benefits of the cannabinoids and terpenes without inhaling combusted products like carbon monoxide, plant matter particulates, or the...