We all want a better high.  Well, that may now be possible as some are saying a new strain is possibly being developed that is as much as 30 times more potent!

THC and CBD Get All the Press

In marijuana plants, the primary actions have been laid at the feet of two phyto-cannabinoids: THC and CBD.  THC (Δ tetra-hydro cannabinol) is the chemical that is responsible for the psychological activity in these plants.  CBD (cannabidiol) is the chemical that helps keep things “even” in the body.  Both of these react with the receptors in the ECS (Endocannabinoid System). In general, THC reacts with receptor 1, and CBD with receptor 2.

As is often the case when studying biological systems, the reality is not quite as simple as just THC, CBD and the receptors. Most of you know about terpenes, and how they can impact the actions of these two compounds in our bodies. For now, we’ll leave these out of the equation.

How the plant produces THC and CBD is interesting.  Most marijuana plant variants produce over 150 different cannabinols.  Most of them start from CBG (cannabigerol).  In the plant, this is converted to the acid form (CBGA) and from this the acid form of THC (THCA), CBD (CBDA) and CBC (CBCA, cannabichromene). CBC and CBG are lesser known than CBD.  But both have shown great potential as well in terms of helping with all of the various positive effects from hemp oil and marijuana. THC is the only one to strongly react with ECS receptor one.  The others work with other receptors in the body to help the body produce its own cannabinoids and help keep the body in an “even keel”. The very tight interaction of all of these different chemicals is why the so called “entourage effect” is likely very real – particularly when you add back in terpenes and all of their various effects.

The reality is that we still have not completely figured out how all these chemicals work together in our bodies.  One question that is of interest relates to these acid variations.  The acid variant is prevalent in plants and is all but eliminated in most manufacturing process steps for oils.  Would we be better off with CBDA instead of CBD, or THCA instead of THC? 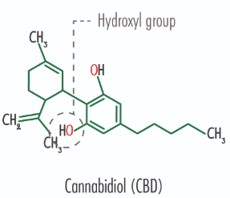 Research tells us that in almost all cases, the interaction between the receptor and the chemical is the key to its action in the body.  How long the chemical stays on the receptor is key. To take advantage of this, researchers often target which part of the chemical is responsible for staying on, but not permanently attaching. In simple terms, they make a chain longer, or more circular, maybe change it to an acid or a different salt.

The latest research is a game changer.  By adjusting the length of the chain researchers have been able to increase the binding of THC and CBD to the respective receptors. However, they were never able to find these things in the wild.  Until now.

In studying a variety of medicinal strains, they finally found one that actually had one of these chain variations.  It is called the Italian FM2.  They isolated and characterized the different chained variants and confirmed them as being 7 chain THC and CBD. They are proposing that they be called THCP and CBDP.

Once they had isolated these, they tested them against receptor 1 and receptor 2 (the targets for THC). It was reported that TCHP bound 30 times more to receptor 1 than THC.  They did find that the amount of either of these in this strain is extremely small.  Since CBD normally doesn’t have a strong binding to either of these receptors they did not study it directly.  They did suggest that further research should occur.

They theorize that variants that show a high psychological effect will likely also have higher concentrations of the longer chain THC variants.  Synthetic variants of these could be placed in edibles and other options to obtain enhanced reactions – but obviously serious research into the safety of such things would need to occur first. 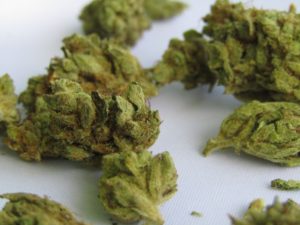 This is a very interesting research topic.  However, we need to remember that it is still research and a long way from a guaranteed better high.  Details need to be worked out, and the whole CBCP part understood.  Clearly safety needs to be much better understood as well.  With that said, having a stronger, better THC in sativa products can obviously lead to better times ahead!

Make no mistake, marijuana edibles are legal now in Minnesota

ST. PAUL, Minn. — A new Minnesota law that took effect Friday allows people 21 and older to buy edibles and beverages that contain a limited amount of THC, the ingredient in marijuana that creates a high.  Legislators tried to regulate delta-8 THC. They...

This week Leafly’s fearless Canadian editor Ashley Keenan joins us to discuss the newest innovation in child-repellent gummy shapes. Yes. They are what you think they are. Like! Share! Subscribe! Rate! Review! Theme music: English and Guitar by Hollow...

The searing month of July begs you to lose your cool. Leafly says: Stop it. Reach for a bowl of Ice Cream Cake and chill the eff out for at least one more afternoon. All types of smokers—from everyday heads to novices—have made Ice Cream Cake a top 10 American...

The Spinach® team wants you to get all up in your FEELZ with carefully curated experiences, made possible by cannabinoids like CBG. Spinach FEELZ™ is changing the cannabis game, and it’s much bigger—but also smaller—than THC and CBD. Those two primary...

Leafly editors and contributors choose products based on personal experience, consumer feedback, and overall quality. At times, we take samples to inform our reporting, but receive no commission from any resulting sales. Choosing the best vaporizer can at times...

According to The 2022 Leafly Jobs Report, the cannabis industry has created an average of 280 new jobs per day. That means new opportunities for growers, budtenders, sales reps, and everyone in between.  Even the most experienced cannabis enthusiasts can get...