On January 1, 2020, Illinois began a new chapter by allowing sales of recreational Marijuana.  This allowed adults with a legal ID to purchase limited quantities, but what kind of sales did it generate?

In January 2019, the Illinois Department of Public Health (IDPH) announced the retail sales of medical marijuana of $12.69 million.  This was up just under 50% from January 2018. 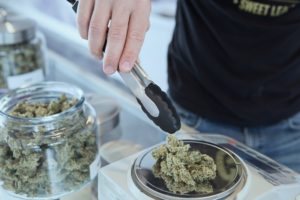 For the month of January 2020, IDPH has reported sales of recreational marijuana of $39.25 million. That is quite a testament to the adult use marijuana agribusiness! Just under one fourth of that money came from people with IDs in states other than Illinois. Due the variation in local sales tax, there is no estimate at this time for the total impact on state tax coffers. 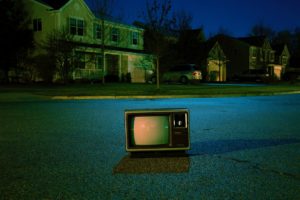 Collinsville is a small suburb of St. Louis.  It lies about 15 mile east of the Arch (Gateway Arch National Park in Downtown St. Louis) and was lucky enough to have a business that obtained one of the 48 licenses to sell recreational marijuana on January 1, 2020.

On that day, it was cold, but the lines were long – much longer than anyone anticipated. Some 700 people waited in line to be the first to purchase recreational marijuana. To the surprise of many, the lines remained long for the next several weeks. To those visiting the site, it was not at all unusual to see license plates from not only Illinois and Missouri which make sense given the locale, but also Kentucky, Tennessee, Oklahoma, Kansas and many other states near and far.

A store spokesman states that over the month, buyers waited 90-120 minutes in line, and that nearly every single person in line purchased marijuana of varieties (including edibles). The store also implemented “Medical Mondays”, intending to only sell to medical customers on Mondays.  This was in large part to allow them time to restock items.

In January alone, this single site sold almost $5 million, or nearly 15% of all the sales in Illinois. This has been a wonderful addition to the city of Collinsville.  It brought in an extra $125,000 in sales tax for the city in just the month of January. The city has already scheduled raising their portion of the sales tax from the current rate of 2.25% to 5.25% in July and expects as much as $2 million in extra sales tax money in 2020. Currently the city’s budget is at $57 million.  An extra $2 million will have a major impact on what the city can do for their residents. 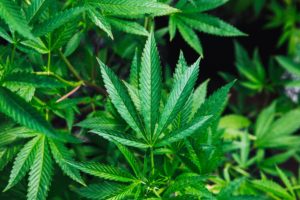 One issue the state is addressing is shortages which have resulted in stock piling and “sweetheart deals”. Illinois has allowed some companies to set up both dispensaries and own cultivation sites.  Illinois law says that neither side of this equation can form exclusive agreements.

With such unbridled desire and unmet need, the concern is that some of these dispensaries with cultivation capability will hold back on supplying the whole state.  This would mean that some dispensaries would not get any supply or that others might only have items limited to what their own cultivation site offers.  Illinois has clearly said that neither of these should happen. Toward that end, one week after sales began the state sent letters to dispensaries reminding them of the law and the fact that they could face fines of $20,000 per infraction.   This action was prompted by complaints of dispensaries and pot farmers who felt that larger conglomerates were taking advantage of the situation.

One of the unique things about the laws put in place in Illinois is a recognition that the 50-year fight against this “weed” has been wrong.  The state has pledged to invest 25% of the new tax receipts back into the neighborhoods that have been hardest hit by too many decades of inept policies.  The newly elected governor has already pardoned over 11,000 people with deemed “low level” cannabis offenders. There are over 100,000 arrest with less than 30 g and no violent offense which are expected to eventually be expunged. Arrests that did not result in a conviction but are still on public record will also be expunged which will affect over half a million arrest records.

This compassionate concern and historic review are something which is unique in the Illinois law and one which should be followed in other states. 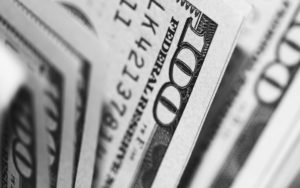 According to Motley Fool, California is expecting to sell a combined medical and recreational marijuana amount of over $3.8 Billion (yes, with a B).  It expects Illinois to sell $half a billion and be number 10 on the top 10 states list.

Total sales across these top 10 states is expected to top $11 Billion. We wonder how high sales need to be before the whole country recognizes that it is time to fully legalize this burgeoning industry and follow the lead of Illinois to pardon our past sins.

Make no mistake, marijuana edibles are legal now in Minnesota

ST. PAUL, Minn. — A new Minnesota law that took effect Friday allows people 21 and older to buy edibles and beverages that contain a limited amount of THC, the ingredient in marijuana that creates a high.  Legislators tried to regulate delta-8 THC. They...

This week Leafly’s fearless Canadian editor Ashley Keenan joins us to discuss the newest innovation in child-repellent gummy shapes. Yes. They are what you think they are. Like! Share! Subscribe! Rate! Review! Theme music: English and Guitar by Hollow...

The searing month of July begs you to lose your cool. Leafly says: Stop it. Reach for a bowl of Ice Cream Cake and chill the eff out for at least one more afternoon. All types of smokers—from everyday heads to novices—have made Ice Cream Cake a top 10 American...

The Spinach® team wants you to get all up in your FEELZ with carefully curated experiences, made possible by cannabinoids like CBG. Spinach FEELZ™ is changing the cannabis game, and it’s much bigger—but also smaller—than THC and CBD. Those two primary...

Leafly editors and contributors choose products based on personal experience, consumer feedback, and overall quality. At times, we take samples to inform our reporting, but receive no commission from any resulting sales. Choosing the best vaporizer can at times...

According to The 2022 Leafly Jobs Report, the cannabis industry has created an average of 280 new jobs per day. That means new opportunities for growers, budtenders, sales reps, and everyone in between.  Even the most experienced cannabis enthusiasts can get...