California led the way and soon the west coast followed.  Maine leads in the East. Now Michigan and Illinois have approved recreational use of Marijuana.  Minnesota, Missouri, and Arkansas have decriminalized and approved medicinal Marijuana.  How much longer will the rest of the nation take? 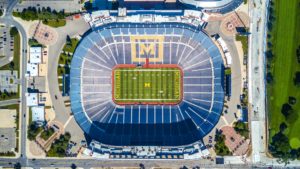 In November 2018, Michigan voters passed legislation that approved recreational use.  At the time, it was anticipated that sales would begin in the first quarter of 2020.  However, in a surprise move, Michigan enacted “emergency” rules which allowed sales to begin on Dec 6, 2019. The party has already begun there! Michigan allows up to 2.5 ounces in possession and up to 10 ounces in the home.  2.5 to 5 ounces are considered a civil infraction (first offense) with a maximum fine of $500.  A first offense with more than 5 ounces is considered a misdemeanor with a maximum fine of $500 as well. It also allows for up to 12 plants, which are in addition to the possession limits described above.

Michigan will have one of the lowest tax rates in the country for those purchasing products for recreational use.  The purchaser will pay only 6%.  The seller will pay 10%.  California, by comparison, charges 15% paid by buyer. Colorado also charges the buyer 15%.  The highest of the 11+ states is Washington DC (DC is the “+” in the list of states) which has a 37% excise tax on marijuana products.

In 2008, Michigan voters approved the Compassionate Care use of medicinal marijuana. This allowed for seriously or terminally ill patients to use marijuana to relieve symptoms. This allowed for possession of limited amounts of flowers, concentrate and personal cultivation of up to 12 plants.  However, these amounts were adjusted up with the passage of the recreational use law in 2019.

By surprising all with a December 2019 start, Michigan became the first to allow recreational use in the Midwest.  It also created artificially high prices due to low supply. Another thing working against those wanting to “hook up” is that over 1400 of the 1771 communities in Michigan have opted out.  The law allows a community to deny a marijuana business to operate within its limits.  Ann Arbor (with its big University population) is the best place to find materials. 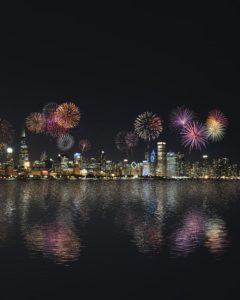 In 2013 Illinois became the 20th state to legalize medicinal marijuana.  A year later, people began to receive the benefits that others in the country already knew.  Then, in June of 2019, Governor Pritzker signed the law that approved recreational use and Illinois became the 11th state (plus Washington DC of course) to do so.  It is the first to do this via a legislative action as opposed to a ballot initiative. On January 1, 2020, people at least 21 years old throughout Illinois  can legally “party”! Here are the details for  approved recreational use: Up to 30 grams, or about one ounce, of marijuana plant material, edibles totaling no more than 500 mg of THC, and five grams of cannabis concentrate products can be possessed or purchased. Non-residents will be able to purchase half those amounts. It remains illegal to use in public, or near schools and churches.  Under zero-tolerance rules, employers can fire workers, but many are expected to loosen their rules based on new laws.

There are 22 medicinal cultivation centers throughout Illinois.  When that compassionate use law was passed in 2013, it was one of the toughest of states allowing use.  Possession was limited to 2.5 ounces and patients were not allowed to grow their own as many other states allow. In 2018 an expansion was passed that made the program permanent and added 11 new conditions to the program along with allowing use for the pain-killer opioid replacement to battle the opioid epidemic. It also added that medicinal patients could grow up to 5 plants at home in secure areas.

One of the unique things about the Illinois law is that it also contains expungement provisions. This is intended to allow the wiping out of legal records for low-level convictions and arrests for possession of marijuana. The law directs for an automatic expungement of possession of fewer than 30 grams. For those with a record of possessing 30-500 grams, there are options to apply for similar expungement.  However, these are not automatic and, depending on the circumstances, could still be allowed to stand. 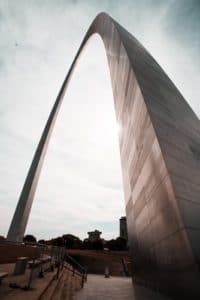 Next in line could be any one of the three Midwest states who have both medical marijuana and have decriminalized possession. These would be Minnesota, Missouri, and Ohio.

Minnesota decriminalized possession of small amounts in the 1970s.  It began compassionate use in 2014. However, it is one of the stricter programs.  There is a trend in the state in support of recreational use, and the new governor has said he will fight for it.

Missouri passed its compassionate use law recently and it will go into effect in 2020.  Original studies that supported the law suggested there would be about 20,000 users in 2020.  As of December 2019, that number appears to be over 90,000. In 2014 Missouri took measures to decriminalize possession. In 2019, the state special committee on Criminal Justice voted 7-0 in favor of further decriminalization.  Their logic is that law enforcement spends a disproportionate amount of time dealing with cannabis-related items. That same year the full house approved a bill that would expunge the record of people on the medically approved list. While Missouri is a conservative state, it is moving in the direction of approved usage.

Ohio, like Minnesota, decriminalized weed in the 70s. In 2015, an attempt to legalize recreational use failed, but the next year medicinal use prevailed.  They have approved use with 21 different conditions.  The interesting twist is that smoking is still illegal.  You may ingest in edibles, oil, vapor, tincture, patch or “plant matter”.  Apparently, you can eat it, but not smoke it in Ohio!

One thing that has been shown in states that have approved recreational use is that people are willing to travel to these states to experience legal use.  The phrase “Cannabis Tourism” has evolved to describe this.  It can have a significant effect on a state’s economy, and Colorado has been an excellent recent example of this.

Michigan and Illinois likely will benefit from a similar thing.  Illinois, for example, touches 6 states that do not have recreational use.  The fact that many are recognizing that marijuana can offer pain relief and become an alternative for opiates (and help combat the opiate addiction crisis) will also help as people likely will come to Illinois and Michigan to gain access and help their pain relief efforts. The difference is that these 2 states are much closer to major population centers (as opposed to Colorado) and so this Cannabis Tourism could be significant, and likely more than in some other states.

The Midwest is joining in on the Marijuana party.  Michigan and Illinois have legalized recreational use.  Illinois is actively working to expunge the records of those who were penalized in the past based on the new standards put into place.’ The only question remaining is how much longer will our Nation continue to ignore the reality that compassionate use needs to be allowed at the Federal level and our concept of marijuana being a “bad” drug needs to be drastically updated!