In a previous article, we examined the potential causes of Vaper’s Lung as described by the CDC and others.  Let us examine those arguments in more detail here.

In March 2019, emergency room (ER) is various cities began to report unusual deaths.  These were people, often younger, who came into the ER in sever respiratory distress.  Many of them died as a result.  The cause was not clear. Many state disease control groups began to work with the Federal Center for Disease Control (CDC) to understand the issues, determine a cause, and work out a way to stop it. In August, they declared Vitamin E Acetate as the culprit, issued proclamations, and later in  February 2020 declared victory as the number of cases declined.  They also said:

With all of that, did they get it right? 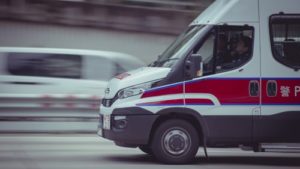 Let us consider Vitamin E Acetate as the potential cause.  In this theory, high temps that cause a vapor causes the carrier oil with Vitamin E Acetate to also vaporize.  This oil enters the lungs an upon cooling deposits in the lung.  Once in the lungs, it cannot be eliminated. In order to be “breathed out”, the oil needs to be heated to higher than body temperature.

Vaping was introduced in about 2007 for US customers.  At this point it was primarily an alternative to normal cigarettes.  Almost immediately a new industry began supplying alternative “vape juice” product. This is where CBD and THC began to enter the market.  From early on, Vitamin E acetate was included as a safe carrier oil (it is listed as a safe food additive by the FDA– on GRAS list). According to at least one industry insider, there have likely been 100s of millions of vape cartridges were shipped in the CBD/THC side of the business.  If Vitamin E Acetate were truly the culprit, why did it take so long to cause problems?  One would have thought that this kind of lung issue would have developed by 2010 if this were the cause. Also, should it not have impacted people vaping for long periods of time more (they would have more in their lungs) than new users?

A scientific article published in 2013 says that plasma levels of Vitamin E Acetate corresponds with lung levels. This article, published long before Vaper’s Lung existed, was looking at the role this chemical may play in people with asthma. This article’s primary finding was that Vitamin E, and in particular the acetate version, gave protection against asthma and inflammation of the lungs.

Vitamin E Acetate has always beensidered safe. Supplements with Vitamin E Acetate are considered as good for you. The FDA says it’s a safe additive for foods (it’s included on the GRAS list) It is also listed in the National Food Formulary – NF – as safe to use for drugs and supplements. The question then became not about the chemical and its safety, but about the route of administration: pills/food absorbed in the GI tract vs. vapor absorbed in the lung.  Most of the theories describe the vapor congealing on the lung surfaces as it cools.  According to this concept, it is never absorbed into the cell or blood – though everything else is absorbed.  And, for some reason, the only way out is to heat it up again into a vapor during exhaling.  While it is obvious that the normal exhalation process would not be hot enough, it also ignores the normal body functions that routinely eliminate lung and brochial irritants. The fact of the matter is that there is next to no actual data (research or clinical) to support this hypothesis.  At best, the various authorities can only state that more study is needed to support this theory.

This theory suggests that the symptoms of Vaper’s Lung very closely align with heavy metal poisoning, specifically cadmium. Symptoms of cadmium poisoning include fatigue, headache, diarrhea, and fever. It also causes fluid build-up in the lungs and difficulty breathing. Additionally, it causes yellow teeth, blueish skin, low iron levels, impaired kidney function and more. Recognize the closeness of these symptoms to COVID 19, and you will begin to understand the issues of this argument. Having similar symptoms does not mean a common cause.  It can point toward a cause but does mean it is THE cause.  Let us examine cadmium as a cause.

The first issue is how does cadmium get into the lungs of these patients? Cadmium is used in many places: electroplating, batteries, vapor lamps, paints, and some solders. The theory here is that during heating, either corroded vapor lamps or “cheap” solders somehow put cadmium into the vapor and then into the user’s lungs. The facts quickly argue against this concept.

Cadmium’s boiling point is 392 C (737F).  Nearly all vaping devices operate in the range of 200-250 C (392-480 F).  Keep in mind that water boils at 100 C (212 F). As you can see, that means that normal operation of vaping – even if cadmium is present in the device – would not come close to releasing Cadmium directly into the vapor. That leaves the only possibility of cadmium on the surface coming in contact with liquids and converting to water or oil soluble salts which then get vaporized. That limits the argument to internal surfaces of the vapor chambers. The problem for this argument is that nearly all “tanks” are made of some kind of glass, stainless steel, or anodized aluminum. No cadmium there to convert into salts. 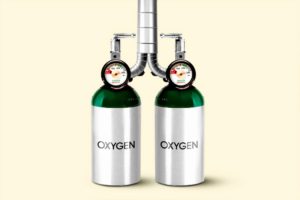 Diacetyl is the next target theory.  This chemical is the “buttery” flavor for popcorn and many other products.  Many “sweet” vape product contain Diacetyl. It is also on the FDA GRAS list.  However, the EPA has found that prolonged exposure to high levels of product do in fact cause lung damage now recognized as Popcorn Lung.  This name was because many workers at a microwave popcorn plant developed this condition.  The medical community knows this disease as bronchiolitis obliterans. This condition damages the smallest airways in the lungs making it difficult to breath and often causing coughing. A 2015 article linked the use in vaping products to “potential” for Popcorn lung, and WebMD says that Popcorn Lung is not the same as Vaper’s Lung.

The problem with this theory is that, even if you grant that the presence of diacetyl in various vaping products causes Popcorn Lung, Popcorn Lung does not cause (or almost never causes) death.  Yet, this outbreak that became known as Vaper’s Lung was directly because people were suddenly dying. This theory also suffers from many of the same arguments against Vitamin E Acetate: why suddenly resulting in deaths when it was in use for some time prior? Finally, even WebMD says they are not the same thing! 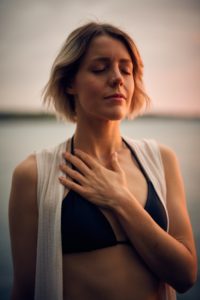 In these days of false news, and manipulative use of various media, we need to carefully consider all “information” we receive.  It is all influenced (on purpose of through unconscious bias) and some of it is purposely misleading. We need to do our own homework, and not accept everything we read.

The CDC probably got this one wrong.  Their theories do not hold up when compared to facts. It is interesting to note that many are now suggesting that COVID started in September of 2019. Is it possible that our Vaper’s Lung was some of the first cases in the US (starting in March 2019)? Big business has undue influence on the outcome of government findings.  THC/CBD products were immediately singled out even though the same arguments were true of E-Cig products. Why was that the case?

Do your own research and draw your own conclusion!

Meet the NJ cultivators for Curaleaf, the world’s biggest cannabis company. Their facility cares for 56,000 plants at a time while pumping out 8,000 carts and 72,000 gummies a day. Curaleaf has legal operations in more than half of the 39 states that allow...

Overview of the Newest Cannabinoids to Hit Japan

Cannabidiol, an ingredient derived from cannabis, is increasingly popular in Japanese health foods and cosmetics these days due to claims that it can help with insomnia and discomfort. Japan’s health ministry, on the other hand, has seen an increase in...

Whether you’re keen on applied sciences, looking to specialize in cultivation, or simply eager to learn more about your favourite plant, there are several cannabis-focused post-secondary programs and courses being offered across Canada. From B.C. to the...

Behold: This US map reveals the top stoner movies in all 50 states

Look, I’ll be honest with you. These days, maps usually bum me out. Maps of heat waves, maps of alarming political trends, maps of monkeypox cases. Maps don’t exactly inspire much cheer in 2022, you know? Buuuuut…what about a map of each state’s favorite stoner...

The idea of a lazy stoner sitting on the couch and watching television all day has worn itself out into stereotype. But that doesn’t change the fact that watching TV while lit up like a Christmas tree remains one of the most enjoyable experiences in this...

The WNBA star can appeal, but a prisoner swap now appears to be her best shot at freedom A Moscow court sentenced WNBA star Brittney Griner to 9½-years in prison Thursday (August 4). Griner pleaded guilty last month, hoping for leniency in sentencing on charges...