Last week, the state of Oregon joined progressive cities like Denver, Santa Cruz, and Oakland in the decriminalization of psilocybin, also known as the chemical compound that makes magic mushrooms magic. However, Oregon took it a step further by fully legalizing the drug, making it possible to use it recreationally and therapeutically in a similar way to cannabis. Much like cannabis, mushrooms are still illegal under federal law, and while they’re decriminalized in two California cities, they are still technically illegal to possess and use. 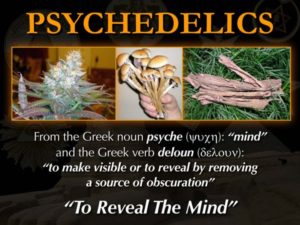 Magic mushrooms are psychedelic mushrooms that contain a chemical called psilocybin that causes you to trip. Like cannabis, they come in a variety of strains and each cause unique visuals and effects. However, recent studies have found that psilocybin mushrooms also offer a wealth of therapeutic benefits. While magic mushrooms aren’t legal here in California, there’s a good chance that they will be on the ballot for decriminalization or legalization next year. Here’s everything you need to know.

Are Mushrooms Decriminalized or legal in California?

Magic mushrooms are still illegal in California. However, the cities of Oakland and Santa Cruz have decriminalized mushrooms since June 2019, joining the city of Denver, Colorado as the first cities to decriminalize mushrooms in the country. Other cities are picking up momentum too, including cities like Washington DC. 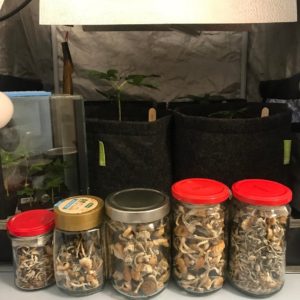 However, there are rumors that state senator Scott Wiener plans to introduce a bill to decriminalize the possession of hallucinogenic mushrooms along with some other psychedelics in California. Supporters of the movement in other states cite some pretty profound research on psilocybin and other psychedelic drugs.

While mushrooms aren’t decriminalized state-wide, there’s a good chance that they might be on the ballot for total decriminalization next year.

When Will California Decriminalize Mushrooms?

While we can’t say for certain when California will decriminalize or legalize mushrooms, there’s a good chance that it will make an appearance on the ballot next year.

Scott Wiener has said that he has been encouraged by all the developments on mushrooms in other cities and is leaning towards Oregon’s full-legalization with supervised-use approach. However, he would like to also include synthetic psychedelics like LSD and DMT. To accomplish this, he’s working with assembly members Evan Low and Sydney Kamlager to draft the bill.

While he doesn’t use psilocybin himself, Wiener notes that cultures all over the world have been using psychedelics therapeutically since the dawn of time. He went on to say “Any substance can be harmful, so I’m not suggesting that anything is like nirvana. But we know that psychedelics can be used safely. We know they appear to have significant medicinal uses.”

In the same vein, Weiner also wants to introduce legislation that would allow Oakland and San Francisco to better manage their fight against opioid addiction and overdose by experimenting with safe-injection sites where users would take the drugs under supervision, similar to Oregon’s new model.

What happens when mushrooms are decriminalized?

There may be a lot of aversion to decriminalizing and legalizing drugs that have been outlawed in this country since before the war on drugs. However, there are a lot of reasons to like this idea.

For one thing, drug-related offenses go way down. Cities can more effectively manage addictions (which are considered a public health crisis) with state-mandated therapies versus throwing people in jail for possession and use. In fact, the US government at all levels spends about $100 billion every year on drug-related law enforcement and criminal justice programs to combat the problem. We could save $50 billion every year if drugs were legalized and pour that money into solutions that actually work, like therapy. 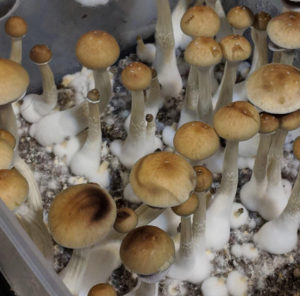 Legalizing drugs also does good things for cities. For one thing, it increases property values and removes the illicit black-market drug business from the picture altogether, making streets and schools safer. It also breaks the criminal cycle of a drug user, removing about 1/3rd of all inmates from jails, reducing taxes and allowing people who use drugs to lead normal lives.

Further, the public health crisis becomes greatly reduced. As we’ve seen in cities like Denver, the use of other drugs like heroin, cocaine, and even marijuana go down in both adults and adolescents.

The main risk associated with legalizing drugs involves the potential for more people to start doing drugs. However, virtually everyone who wants to get high already does whether the drugs are legal or not. Denver’s district attorney Beth McCann, for example, initially opposed the mushroom decriminalization efforts in Denver last year despite anecdotal and scientific evidence of therapeutic value. However, in a recent interview, she said her “biggest concerns have not played out,” and juveniles don’t have the same interest in psychedelics as they do in marijuana or even cocaine. 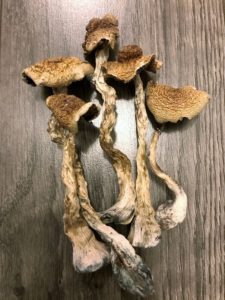 All in all, the key takeaway is that mushrooms and psychedelic drugs are medicinal in nature. People who use mushrooms report an increase in openness and deep introspective personality shifts as well as an uptick in creativity. Tripping chemically alters your brain in a way that helps it to make subconscious connections while you are conscious. This helps with things like PTSD and repressed memory management. There is a lot of evidence to suggest that mushrooms can help break bad habits and addictions as well as help reduce depression. Much like cannabis, psilocybin and other psychedelics are well on their way to decriminalization and ultimately legalization.

The days are finally getting longer and warmer as summer approaches and with it even more hours in the day to consume two of the best creations known to man: weed and ice cream. But we’ll do you one better. The perfect companion to a summer barbecue, day in the...

Compliment your visit to the Great Lake State by diving into our list of Michigan’s top cannabis shops. When people think of Michigan, visions of vast lakes and stories from the golden age of the assembly line are sure to come to mind. In 2018, however, these...